The Encyclopedia of American Politics. BALLOTPEDIA provides a comprehensive balanced background on California Proposition 1 with both pros and cons so that readers can make an informed decision on Tuesday, November 8, 2022.

What would Proposition 1 do?

Proposition 1 would amend the California Constitution to establish a right to reproductive freedom, which is defined to include a right to an abortion and to choose or refuse contraceptives. The amendment states, “The state shall not deny or interfere with an individual’s reproductive freedom in their most intimate decisions, which includes their fundamental right to choose to have an abortion and their fundamental right to choose or refuse contraceptives.”[1]

CalMatters is a nonpartisan and nonprofit news organization bringing Californians stories that probe, explain and explore solutions to quality of life issues while holding our leaders accountable. (Also available in Spanish.)

Article: “California to vote on constitutional right to abortion” – October 14, 2022

According to Norma Chávez-Peterson, Director of the American Civil Liberties Union San Diego and Imperial Counties, California still has abortion access issues: 40% of California counties have no clinics that provide abortion; many Medi-Cal recipients must travel more than 100 miles to find abortion providers.

MANA de San Diego will join forces with ACLU and others to promote the passing of proposed state laws that will advance reproductive justice: Proposition 1 “Reproductive Freedom” Constitutional Amendment, spells out the rights to access abortion and contraceptives in the state constitution; AB 2223 – ensures that no one in California is investigated, prosecuted or incarcerated for ending a pregnancy or experiencing a pregnancy loss; AB 2199, advances birth equity by funding doulas to work with communities who suffer high rates of negative birth outcomes.

As the largest chapter of a national Latina organization, founded over 35 years ago on the premise of ensuring Latinas have a voice to advocate for a greater presence in vital conversations facing our communities, MANA de San Diego opposes the Supreme Court’s ruling in Dobbs v. Jackson Women’s Health Organization which resulted in the overturn of Roe v. Wade. This ruling dramatically limits the ability of women and individuals who can conceive, to access abortion care and will disproportionately impact black, indigenous and people of color (BIPOC), transgender, nonbinary and other historically marginalized groups. While abortion remains legal in California, many of our herMANAs across the country are directly impacted by this decision. As an organization led by Latinas, MANA de San Diego will continue to work with our members and partner organizations to ensure all women and individuals impacted have the information and resources needed to make decisions about their bodies–––a decision that should be between a woman and her healthcare provider. Voting has always mattered. We urge you to support proposed state laws which will guarantee women have safe access to reproductive health care. More than ever, we urge the MANA de San Diego community to register to vote, to show up to the polls and make their voices heard this November and hereinafter.

ABOUT MANA DE SAN DIEGO: Founded in 1986, MANA de San Diego is the largest chapter of a national Latina organization with more than 2,500 members and supporters. MANA’s mission is to empower Latinas through education, leadership development, community service, and advocacy. Throughout the years, MANA has successfully engaged and impacted more than 15,000 Latinas. For more information, visit www.manasd.org. 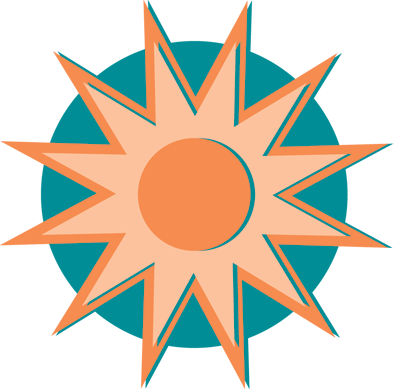 Together, through our mentorship programs, scholarships and leadership events, we can make a positive difference in the Latino community.